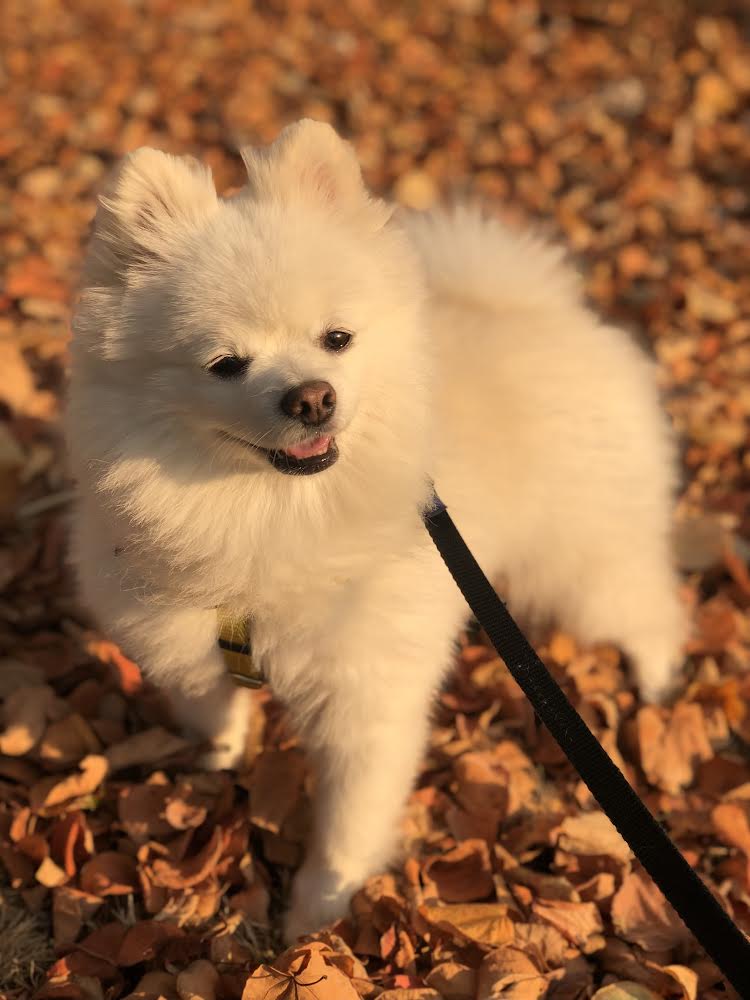 Max is a 8-10lb, male, 2-3 year old, all white, Pomeranian. This handsome man came to us all the way from Afghanistan as part of the Mission Possible evacuation of hundreds of dogs and cats out of Afghanistan just after the collapse of the country back into Taliban control. Some of the dogs and cats were owned and needing to be reunited with their families around the world, and the others needed forever homes. Max did have a family, but they have decided they cannot keep him and asked us to help rehome him. We personally lived with Max for a short time at the shelter before he went into foster.

Here is some more info on Max from his foster Momma:

“Max had a rough start in life being a rescue from abroad and he still manages to make people smile wherever he goes with his absolute cuteness. He takes his sweet time to trust his human as he has had 3 homes already but with a lot of patience, time, dedication and commitment, Max has shown us how trust has to be earned and how rewarding it is to make a difference in their life. From being aggressive and fearful at first, in 8 months, this little guy keeps changing so much to the point where he only wants to give you nothing but love and wants to be with his humans at all times.
From wanting to hide under the couch for a whole month, he slowly gained back his confidence with us and loves to cuddle and watch tv together with us in the evening. His morning starts by jumping on the bed and giving us the sweetest snuggles right after hearing our alarms, telling us he is also ready for the day.
He is still weary of strangers and friends as he sadly still has trauma from his first home and gets protective over his human, and we feel that his dedicated person should be in the charge of his training mostly so he can get used to the other members in the household if there is any others. He will unfortunately urinate out of being anxious when left alone, although he is getting better day by day with his separation anxiety at understanding that he is not being abandoned again. He now pees on a peepad in his dedicated spots and will never have any accidents when there are humans in the house, he waits patiently by the door to be taken out. He loves going on walks as every other pup but is dog reactive when spots another one on a leash only, unfortunately that’s his special way of saying hi to other pups as he never had the chance to socialize properly with other dogs when growing up. He listens on command and once near them, the barking stops immediately, he greets them peacefully and walks away. He socialises and plays briefly with other dogs but needs more time to learn that. He goes for walks at least 2-3 times a day. He is not really into toys or anything else other than food so you don’t have to worry about him being sneaky behind your back as he also waits respectfully to be offered food. Mornings are his favourite time to nap after his walk and usually more active in the evening. Car rides are his absolute favourite. Last but not least he is the smartest little Pomeranian who has learned a bunch of tricks in such a short amount of time with us. His teddy bear eyes has so much love and happiness to offer to the right family, ideally someone who can be at home most of the time until he gets used to his new family and routine.“

Max is currently in Vancouver. He will be available for adoption to islanders and mainlanders.

If you think you would match up well as a forever home for our little Max, please apply to foster to adopt him at raincoastdogrescue.com