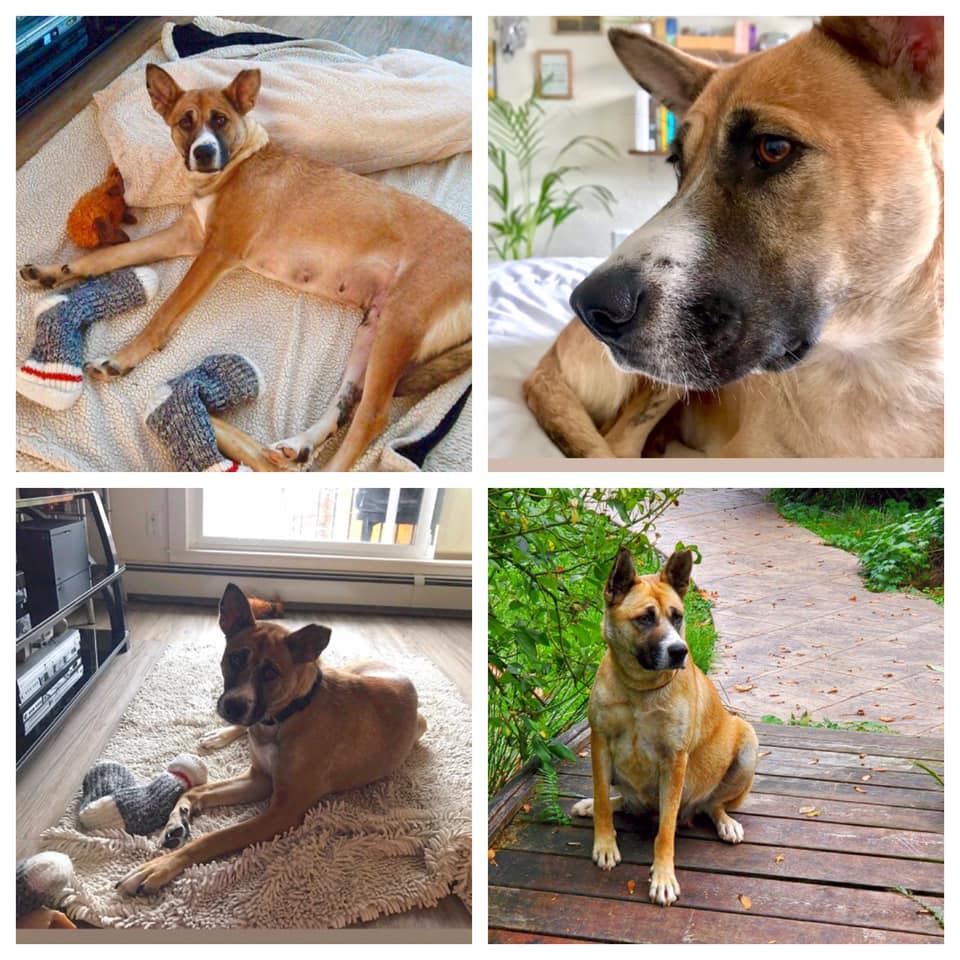 Poppy is a female, 55-60lb, tan with black and white muzzle, German Shepard X Husky. This super sweet girl came to us from Northern Saskatchewan in late 2020 while she was pregnant and then gave birth to her 11 babies while in our rescues care. Poppy’s babies have all been adopted, she’s had time to heal up, relax and now is being spayed and then is ready for her forever home. At this time we aren’t too sure about Poppy and other dogs. She doesn’t show any real signs of reactivity or aggression towards other dogs at all, she will gladly walk by them and just have a sniff or just carry on her way. We aren’t sure yet about her living with another dog, but on walks around then she’s been fairly well behaved. Poppy would prefer no kids under 8 and no cats please at this time.

Here is some more info from the foster Mom:

The other day we passed a neighbour with their pup and she walked on by but you could tell she wanted to say hi and was curious, so we did. She was calm then went on her way once her curiosity was over. She loves being on the bed and couch but will get off when you say no. She won’t try again. She’ll wait till she’s given the ok. She also gets zoomies after using the bathroom, and it’s something I found super cute because she’s praised when she does. She also pretty smart and with a little training here and there can get new demands. She knows down and sit. Lives to pay tug o war and will come to you to chase her. Walking her is calm she’s just curious with all the smells as a dog would be, but she regains her focus. Loves to cuddle, however is like a cat. When she wants her own space she’ll get up and walk away lol until she want your attentions then you’ll know. She’ll whine then bump your arm for pets. She’s a dog who knows what she wants. She’s such a sweetheart with a gentle soul.

If you’re interested in fostering to adopt Poppy please apply at raincoastdogrescue.com