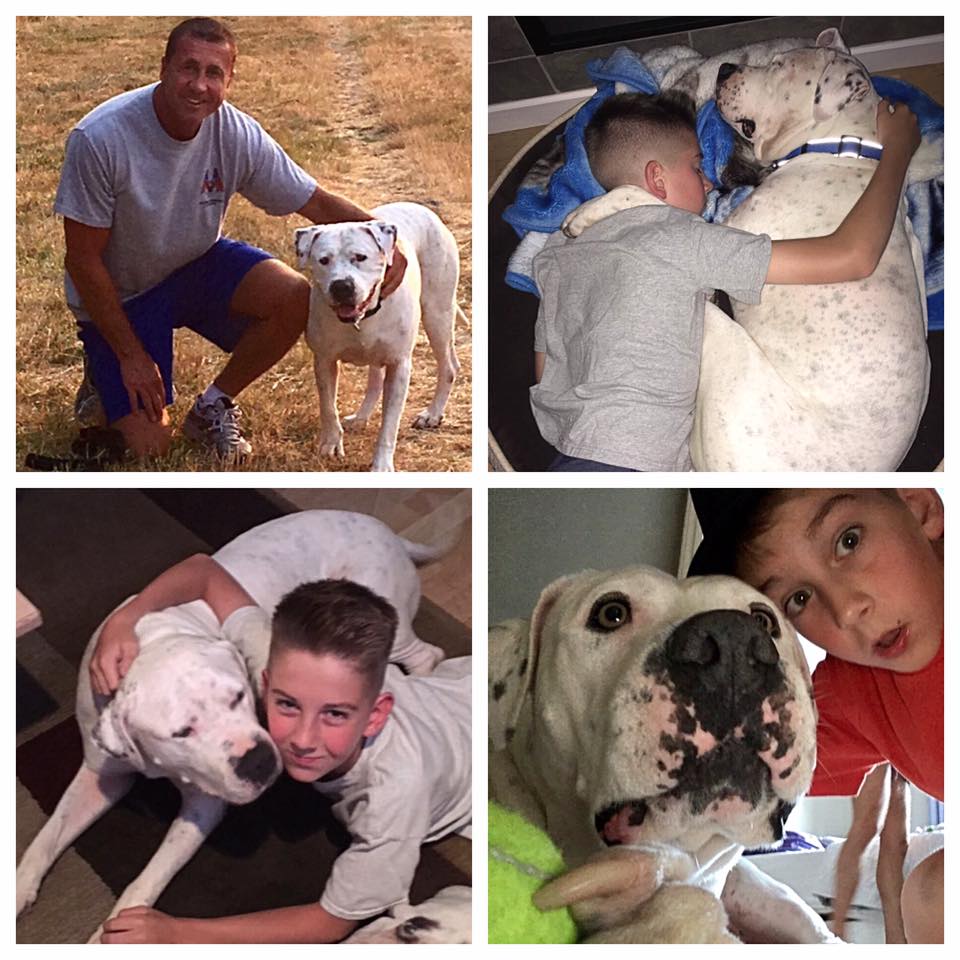 Bodhi, formerly know as “Johnny Spots” came into our lives about a month ago. Our family, including our Shih Tzu – cross Jagger (also a rescue) met him at the ball park during our first meeting and fell in love with him immediately. We weren’t sure what to expect going in, given his sheer size and lack of history, but were pleasantly surprised at how sweet and affectionate this big brute was. He
also had the kindest eyes.

I’m not sure Bodhi had an opportunity to be a puppy in his past life, but is
certainly getting that opportunity now….complete with peeing on our spare
mattress down stairs and eating a small piece of my office desk LOL! Of
course there is plenty of play time (he loves to wrestle) and he keeps us
laughing with his clumsiness and big goofy smile. He is the first dog I’ve
seen play fetch with a soccer ball and takes great pleasure in tackling my
son Ryan when he has the ball. LOL

At first we thought he didn’t bark, which seemed odd, but within a week or
so he suddenly discovered his voice. Now he likes to use it a LOT! It’s a very big voice and he as learned how to “dog talk” especially when he wants something. Pretty funny, except when we are tying to eat dinner. Karen was quite adamant that he was not to get up on the bed, but that lasted about a
week haha! He is a fantastic snuggler! We are still working on manners when
meeting other dogs….he wants to play so badly that he sometimes lunges in to play, but he’s getting better everyday.
What can I say, he’s a work in progress. As all dogs are. He has met everyone on our
street now and has daily visits with most of them. After a brief period of separation anxiety Bodhi has settled in very nicely. I guess he finally realized that he has found his forever home.

On day two of our 2 week trial period, I texted Jesse and told him he was a
keeper! I think you just know when something is a good fit. Since then
Bodhi has become an important part of our family and we can’t imagine our
lives without him. Thank you Jesse and Raincoast for bringing Bodhi into
our lives.