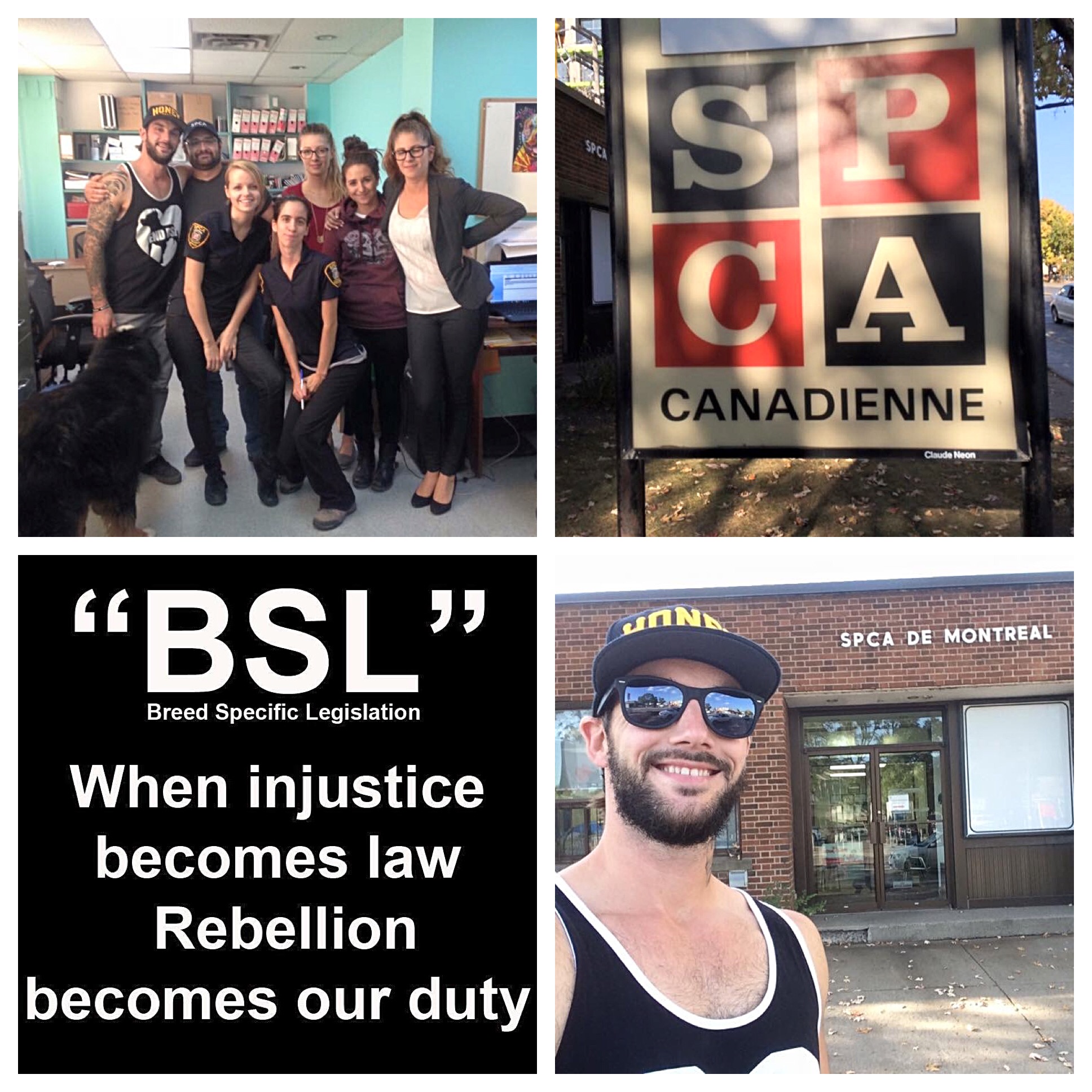 On October 3rd, 2016 and in 2017, RainCoast Dog Rescue was officially at ground zero in Montreal, Quebec to work with the wonderful Montreal SPCA and to stand behind all American Pit Bull Terriers, and any dog considered a “Pit Bull” and their owners to fight against fear, hate, ignorance and profiling. To stand up for what’s fair, just, and humane for any breed of dog, but right now it’s especially about American Pit Bull Terriers, and any dogs with a blocky head that look like them. So called “Pit Bulls. Because that is what Montreals Mayor, Denis Corderre and specific city council members believed was very dangerous to their city and it’s people. Any dog that even looks like it may have a hint of American Pit Bull Terrier, or some type of blocky head look in their genetics. This is due to some humans spreading mass fear, hate and ignorance. This is what is really dangerous, not a breed or breeds of dog. This barbaric attempt at BSL is completely based off fear, ignorance and hate mongering. Not one bit of it is based of facts and science. So we stand up for the ones without a voice. We stand up for the ones that ask for help with their eyes and paws, not their voice. For we are their voice, we are the voice for the voiceless.

“One has a moral responsibility to disobey unjust laws” -Martin Luther King Jr.

“The time is always right to do what is right.” -Martin Luther King Jr

END BSL. Education over discrimination. Thank you from the bottom of our hearts and paws.