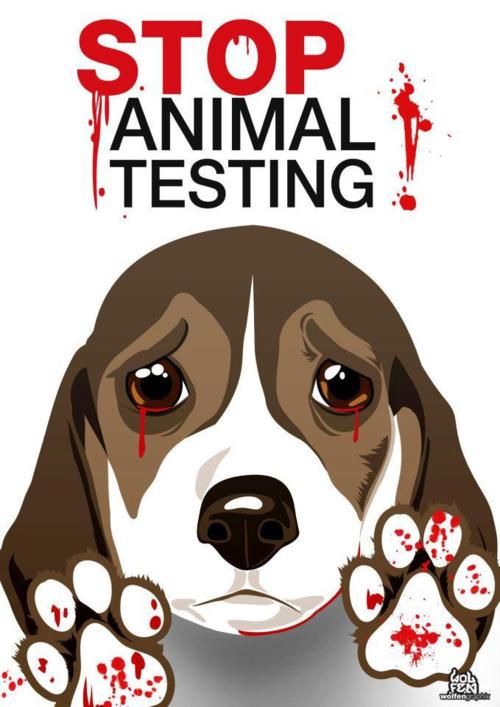 Laboratory Animal Testing and Abuse in Canada.
(See links below)

Did you know that Ontario and Quebec are the only provinces that allow shelter dogs and cats to be sold to research laboratories, universities and cosmetic companies for product testing? Imagine this scenario: your dog gets loose and is picked up by Animal Control and brought to the pound. If you don’t claim your dog within the timeframe in which the province has deemed a dog “abandoned”, it can be sold off for testing, which would be completely legal! To make matters worse, animals that are surrendered to the pound are allowed to be sold to a laboratory, university or cosmetic testing facility almost right away. This begs the question: how can facilities that are meant to provide a safe place for all animals that come into their care play a part in such horrific acts?

Cosmetic companies do not need to test on animals in order for products to be considered safe for humans, however, many companies still choose to do this. There are so many other more humane options and yet many people are still making the disturbing choice to test on animals. Alternative methods to animals testing are often cheaper and more effective. Some of these methods include: human cell tissue donation and computer generated studies.

Here is a small list of some the major cosmetic companies that STILL choose to test on animals (the names on here may surprise you):

Here is a small list of that major cosmetic companies that do NOT test on animals (consider supporting them instead):

In Ontario, the acquisition of pet dogs and cats for research is governed by the Ontario Animals for Research Act (ARA or the Act). The interpretation of the Act is set out in Appendix D of the Ontario Ministry of Agriculture, Food and Rural Affairs (OMFRA) document titled, “Instructions for Reporting the Numbers of Animals Used for Research in 2017”. According to OMFRA, researchers can acquire pet dogs and cats from municipal pounds, humane societies with pound contracts, and rescue groups that take animals from municipal pounds. They may also acquire pet dogs and cats that are “donated by owners” which, in some cases means that pet owners volunteer to bring their animals in on a regular basis to be used as experimental subjects. Researchers may also acquire animals for testing from pet stores or breeders with special permission from OMFRA.

The Canadian Council on Animal Care (CCAC) recently released the 2016 statistics on the use of animals in laboratories, and the numbers are shocking. A total of 4,308,921 animals were used in Canadian laboratories in 2016, compared to 3,570,352 used in 2015. That is an increase of almost 740,000 animals subjected to harm and extreme pain in the interest of “science” in just one year. What’s more, the overall increase included a major jump in the use of dogs and cats along with high numbers of “random source” dogs and cats i.e. animals that may be collected from various sources including public shelters.

At a time when development and use of modern non-animal methods are gaining more popularity and recognition in all areas of research, it is alarming that Canada is still showing an increase in the number of animals used for experimental purposes.

Canada’s high use of “random source” dogs and cats is shocking and unnecessary. Acquiring dogs and cats for laboratory testing from municipal shelters contradicts the mandate of all animal shelters, which should be: to provide care, compassion, and hope to homeless animals. The fact that in 2019 we are living in a country where pet owners still may live in fear of their lost pet ending up in a laboratory as a test subject is not only disgusting and heart breaking, but unnecessary according to modern science. In this day and age it is no longer a case of “choosing between testing on animals or people”. Current scientific practices show us that not only are tests on animals not always an accurate indicator of potential human reactions, but non-animals tests are often more effective and can be completed at a fraction of the cost.

What Needs to Change?

The Ontario Veterinary College and the University of Guelph have both stopped using shelter animals for teaching and experimental purposes, and the U.S. National Institute of Health has cut all funding for random source dogs and cats as of 2015. While these are both positive examples of change, the recent statistics in Canada still show a massive increase in the use of testing on “random source” dogs and cats, showing us just how badly change is needed in this country.

Ontario and Quebec need to urgently pass legislation that prohibits seizure of animals from shelters for testing purposes. Residents of these 2 provinces can reach out to their provincial representatives, Ontario Premier Doug Ford and Quebec Premier François Legault. The Canadian Institute of Health Research needs to follow the lead of the U.S. Institute and cut funding for all experiments on “random source” animals”. Eliminating the possibility that shelter animals can be taken to laboratories would be a huge step in working towards protection of animal rights in Canada.

Reach out to your local senator and members of parliament on this important issue.